my rights vs your rights

May 15, 2012life by wordhabitLeave a Comment on my rights vs your rights

surely mine should win. after all, i’m (naturally) more concerned about myself than i am about you and i’m unfortunately quite independent and individualistic in my way of life. it’s unfortunate because such levels of self weren’t God’s plan and God’s plan is, ladies and gentlemen, a major part of the current brou ha ha that we’re de-experiencing. (de-experiencing because all great attention-getters are eventually overtaken by another day’s story.) you may think i’m late to the party. i prefer to think of it as a result of “i had other things to do.”

your typical Christian (typical in a very traditionally general sense) will desire to live according to God’s plan for their life and will inevitably experience times of knowing that they are indeed in God’s plan. a lot of what they’ve grown to understand about life can be categorized as being inside or outside of God’s plan. and for that typical Christian, marriage is in, singlehood is out (unless you’re Paul or a priest) and marriage is some penultimate space in time that says “i’ve arrived; things are now complete.” the presence of children adds another stamp of arrival as does a house and a good investment package.

this is God’s plan. stars align here. anything outside of this is either sadly unfortunate (such as singlehood) or a sin. which leads us to the next thought progression. 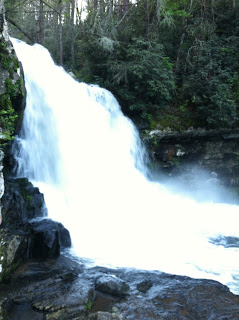 i won’t now take time to say what is right or wrong but i will say this: unless we better understand our presuppositions, the stuff that has made us come to the conclusions we come to, we won’t be able to make accurate assessments on the story we are now de-experiencing. yes, the president said he is personally okay with same-sex marriage. and maybe, just maybe, we need to get over that. maybe we need to somehow forget what he said and just wrestle with our presuppositions for a while.

and once we’ve fleshed them out some more, then maybe some of us will be able to talk about this in a more helpful manner. until then, some of us should really stop writing about this especially because we end up formatting strange lines of argumentation as seen scattered above or in the lame vein of “but i have 2 gay friends!”

Reflecting… Roughly two years ago, my church began hosting the Learning Hub. It would be a semester-long adventure of making sure area elementary school students had a safe place with WiFi in which to do online school. It was a tough journey. There were a few days when we were short on volunteers. One of […]

You can’t map out everything. You get a text that someone is back in the hospital. You’re out of town. You get back into town and finally visit. You have a great chat, even laughs, and promise you’ll be back soon, internally denying the gravity of things. You get back three days later because they’ve […]

I scanned the article and the comments. It was about evangelism, what’s icky about it, what methods seem to make no sense. Evangelism is “the spreading of the Christian gospel by public preaching or personal witness,” something I had zero problem with as a child, grew to question as a teen, and have grown to […]