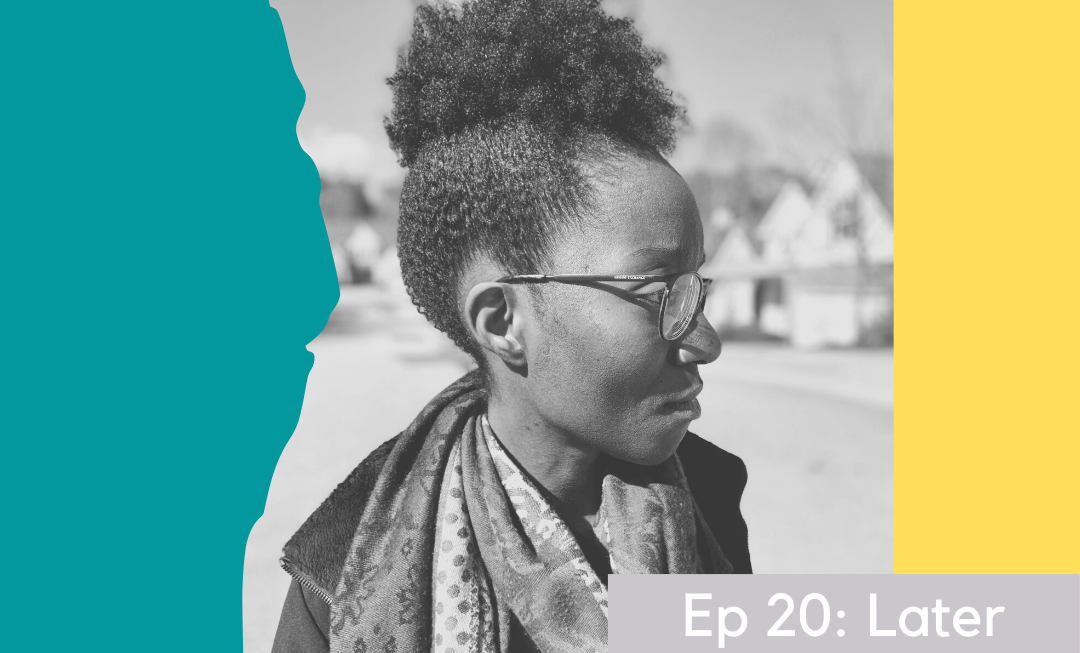 This first piece is a reflection on the life of Sojourner Truth. I began reading her autobiography before assembling episode 19. You should definitely listen to that one, too.

I’m imagining what it’s like to have no last name—not by the choice loaned to fame but by manufactured color and cast. How will I become  known?

Surely there are too many Isabellas for me not to be confused with one of them when Mau-Mau, from the other corner of the grocery store, tells me it’s time to go. We must get home before the sky’s pinks and purples close to black.

What happens when another Isabella joins the classroom of my dreams and also doesn’t have a last name? How do I verify which drawings are mine? Do I create a flourish that the other Isabella cannot forge? Or do I go by Izzy even though Mau-Mau has told me repeatedly and emphatically,

“Isabella, do not let anyone shorten your name!”? (Emphasis on any. Emphasis on her lack of fear.)

How will my grandchildren properly label me, with no last name and no clear year of birth, on the family tree their misinformed history teacher asks them to construct? How will they know which burial plot to honor with flowers each November? Perhaps it’s enough to write: Mother—devoted to God.

Ah. No need to worry.

It’s quite simple, really—I’ll change my name. Call me Sojourner because the road is long. Call me Truth because that’s all I’m here for.

This is Michaela Lawrence Jeffery from wordhabit where all the words matter. What you just heard is a reflection piece I typed up while in the midst of preparing for the last episode. I forgot to add it to that, so I’m sharing it now along with a few other delayed words. Before we get to those, I want to remind you that this podcast is often a two-way street of sorts where you send me a word that matters to you plus 100 words telling why it matters. Then I take your word, write about it, and talk about it. This duet is the most challenging I’ve ever experienced and I thoroughly enjoy it.

And I’ve added something new to my podcast experience. It’s called buymeacoffee.com. This is where you go if you want to join my podcast one of these days. If you’ve been listening, you’ll notice that I’ve only done one interview. I think it’d be fun to do more. But it also takes more time. So, go to buymeacoffee.com/wordhabit. $7 = a 20 minute interview; $10 = a 30 minute interview. And of course, either interview will be about a word that matters to you.

Now on to today’s episode.

Can I Get My Sight Back?

It’s the first day of class, one of those large classes that can make grad school frustrating. Too many bodies. Too many opinions. Too many reasons to think my ideas aren’t necessarily the brightest. But I respect the professor so I’m here.

To my surprise, we don’t begin with the usual introductions of selves and syllabus. Instead, our professor boldly probes: “If you could ask God for just one thing, what would it be?” I immediately have my answer but quickly determine to keep it quiet as I listen to fellow classmates say, “Save me” and “Save my family.” Those are the right answers, the good pastor answers, the true shepherd answers. My answer is completely wrong, self-seeking, ridden with pain. But perhaps I can pride myself in knowing it’s actually a question which the act of asking creates. In other words, it’s authentic. My request is, “God, can I get my sight back?”

Not that many people know about my eye and those who know don’t always realize the degree to which it affects me—it just looks lazy. The truth is, I had a stroke. (At least, that’s what the doctors said. A friend recently put me onto the idea that perhaps it’s related to my C2 which a chiropractor could have fixed had I gone to one right away. But that’s not at all conclusive on a professional level so I’ll leave it alone for now and return to the stroke idea.)

There. I wrote it, a much easier task than saying it. I had a stroke. The memory of that Sabbath morning in 2003 when my left eye became clinically blind is still fresh. My lack of depth perception still frustrates me. I still wish I could be the goalie in a soccer match or the receiver in a flag football game. I still wake up every now and again wondering if today is the day God would like to perform a super miracle in my life after which I’d tell the world, help us all believe in miracles. And even though it still hurts, I’ve essentially come to terms with the idea that God’s reply is, “No.”

No? Is God mean? To say that God has said “no” sounds harsh, lacks all the warm fuzziness I’ve often associated with divine Jesus love. To say that God would actually tell me that He won’t fix my eye, and to allow for the inference that there are some things God doesn’t fix no matter how hard we’ve prayed, seems wrong. And trust me when I say that I’ve prayed about this; many have prayed about this on my behalf. And we believed that God can and that He would. Be He hasn’t so I’ve decided to act as if He won’t.

As I thought about my professor’s question throughout the rest of that class period, I realized that my one request to God reveals my deepest pain and I supposed that it was time I got some new pain, the kind that God has when He thinks about trying to save us. I don’t want to downplay personal experience like a former favorite boss of mine would do almost daily. He’d step into my office and take a few moments to share some concerns he had regarding the incredible work our department had before us related to teaching all the university’s Freshmen how to write well. Then after a passion-filled unloading, he’d walk away, sipping a warm beverage and saying, “But how can I complain when there are people starving around the world?” I wanted to smack him but instead I reminded him that his frustrations were both real and valid…as are mine…right?

Now I feel as if researching validity is a necessary endeavor. Yet I’d rather just come up with an answer: Yes, my frustrations are valid. OR No, they aren’t. Or…they could be, under different circumstances.

I can’t be fixed. Well, I believe God doesn’t want to fix me. So what do I do with my frustrations? I conclude that they warrant very little discussion. I shouldn’t make them into my shtick, my “past routine” that emerges with each new speaking engagement like the tale your grandmother always tells simply because it’s her favorite, not because you need to know it.

As I record this next piece, it’s appropriate that I’m sipping on chocolate tea, the sort made by folks in the Caribbean. I’ll link the recipe in the show notes.  I wrote this in 2007, again, while in grad school, a year and change after leaving Alberta….that’s a province in western Canada…in case you didn’t know.

i was looking at a friend’s facebook pics and there they were, several beautiful women posing in what looked like a crisp alberta air.

i miss that crisp cold, the kind where you can make do with a sweater though you know you should really add a jacket. but this way you can draw your shoulders in and scrunch your head down and shiver a lovely shiver as you step out of your car and saunter to your front door breathing deeply coz the day has been good and the air is clean.

and now you’ll make yourself a cup of hot chocolate, coffee, tea…whichever suits your fancy…and you’ll sip it with carefree intent as your mind recaps the good day.

later on, when your friend calls, you’ll replace the sweater with a sweatshirt (all the protection you desire) and join her for a walk.

that first touch of alberta crisp gets your arms moving, creating a gentle stride that allows for calorie burn. soon you warm up enough to truly enjoy the crisp as it washes over your face.

Thank you, once again, for joining my podcast community by listening to episode 20. Episode 21 will focus on the word dance. This word was given to me by a listener and I need to get much more writing done to do her gift justice.

Until then, like, comment, share, download…whatever it is that makes the most sense for you right now. And start keeping track of words that matter to you. Talk to you later. Literally.

[This entry is one of my recent pieces for my podcast which you can find here.] Wendy writes, “I have sojourner tattooed to my leg.” First things first, Wendy. Which leg and where on your leg? Color? Font size? Serif or sans serif? And do you have other tattoos? Alright. Now that the most important […] 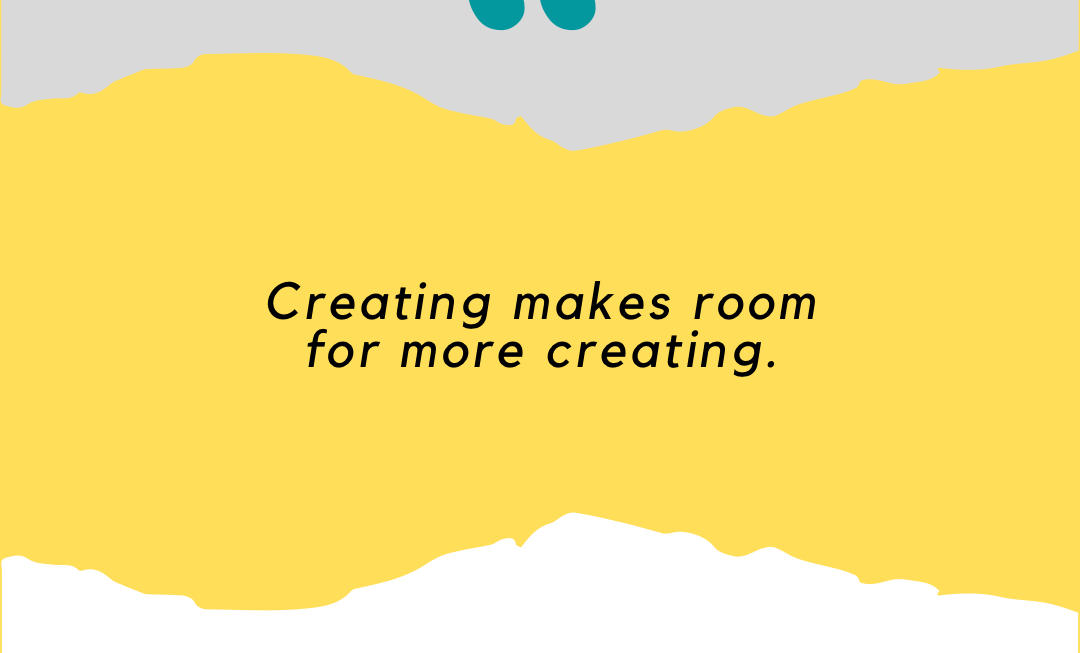 Uncle John was not my biological uncle but I knew him as “uncle” because he and his wife were very good friends of my mum and dad. They were members of the church my dad pastored and along with their daughters were beautiful people that I came to admire at a very young age. And […]

Labels can also be freeing. That’s what I’ve experienced over the last couple of months as I’ve attempted to regularly unpack community, one of my core values. It has now become the exploration of life as a third culture kid.