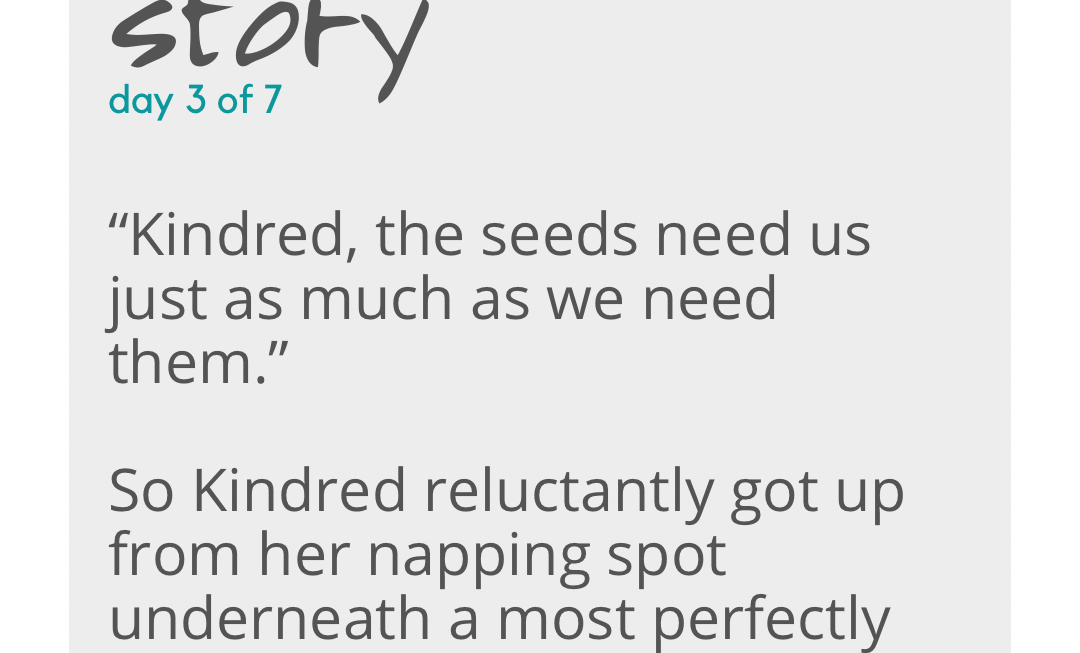 We’d often sit in circles as a storyteller began their tale with “Once upon a time” to which we’d all excitedly respond with “Time!”

Liberia—land I love. I’m forever grateful for the years I spent there.

I don’t know the storytelling traditions of other countries. I’m sure there are others just as riveting. I just wish transferred easily? Then again, I haven’t tried. Would you like to join my cultural exchange? Okay.

(Story teller) Once upon a time…

(ST) A young girl sat looking out at the farmland in front of her. She came there every summer since she could remember, her 11 years teaching her so much about cows and chickens, when to plant and went to harvest.

But there was one problem. She didn’t like to do any of the work.

Every morning her grandmother nudged her awake and said, “Kindred, it’s time to wake up and milk the cows.”

“Nooo,” Kindred replied, “I don’t like milking the cows.”

Then Grandma said firmly, “The cows need us just as we need them.”

So Kindred rolled over and then rolled back around. She got out of her bed, put on her jacket if the air was cool, and headed to the barn with the glow of a flashlight guiding her way.

Later in the day, Kindred’s Grandma nudged her, her nose deep in a book, and said, “Kindred, it’s time to feed the chickens.”

“Nooo,” Kindred replied. “I don’t like feeding the chickens.”

Then Grandma said firmly, “The chickens need us just as we need them.”

So Kindred put down one of her 23 books and went to the back of the house to feed the chickens in their coop.

Much later in the day, Kindred’s Grandpa nudged her awake from her nap. Lunch had been so delicious, digesting perfectly in her tummy, and the warm sun had created the perfect climate for sleep. A gentle breeze was the cheery on top.

Then Grandpa said firmly, “Kindred, the seeds need us just as much as we need them.”

So Kindred reluctantly got up from her napping spot underneath a most perfectly shady tree and followed her grandpa row by row placing seeds into the freshly tilled ground.

That night, Kindred was pretty annoyed. She loved her grandparents and liked being helpful. But a cow had kicked her, a hen had pecked her, and the wind had blown seeds out of her hand.

(Maybe I’ll finish this sometime. I hope you enjoyed listening & telling along with me. Feel free to share possible endings in the comments.) 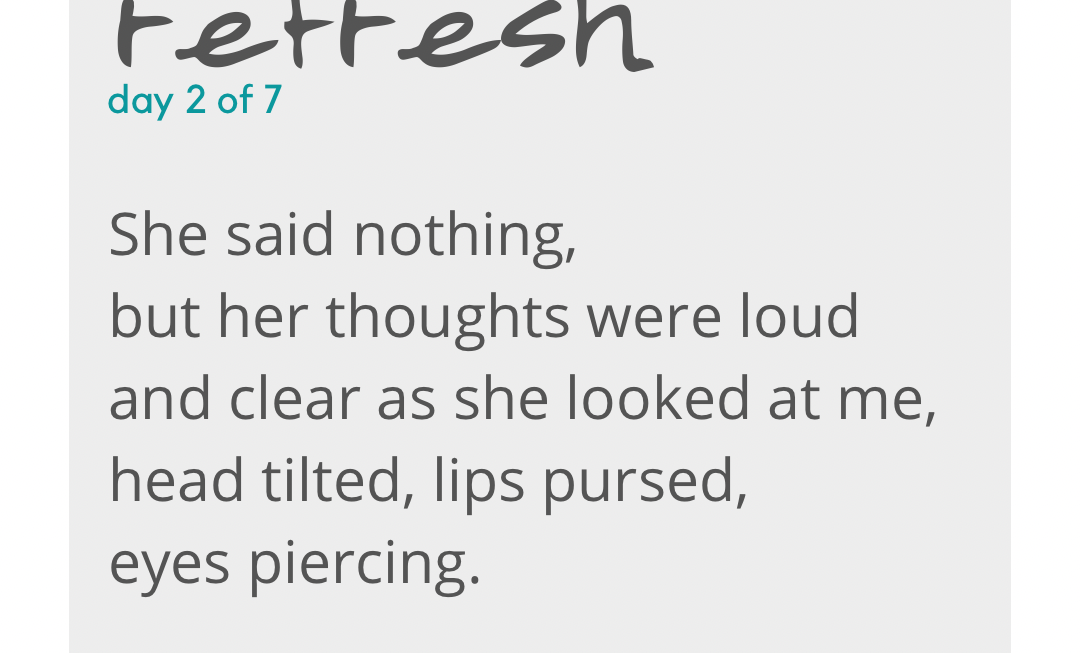 She said nothing, but her thoughts were loud and clear as she looked at me, head tilted, lips pursed, eyes piercing.

Chatting isn’t idle; it’s informative. It quickly gets to the nuts and bolts, skipping the how-are-you-but-I’m-not-listening fluff and jumping right into what matters as they take stock of life from their perches in the evergreens.